My previous research led me to the most well known National Geographic and especially WWF where I started to learn about the distinction between the risk level of different animal species. This led me to learn about the IUCN Red List Of Threatened Species where all the other organisations take most of their data from and it is also the main source for journals and articles. Established in 1964, is now “the world’s most comprehensive information source on the global conservation status of animal, fungi and plan species” (IUCN). According to its data, “more than 26.500 species are threatened with extinction” which represents more than 27% of all assessed species and considering that there are still a big number of unknown species that we were not able to locate because of the location of their habitat, deep in the amazonian forests or in deep waters.

As my research shows there is an exorbitant number of animals at risk, however due to the time and outcome of my brief I decided to chose a limited number of animals representing different territories and species. These species are among those that have an important ecological, symbolic and often spiritual value.

It only lives in the Island of Sumatra, in Indonesia, this species counts less than 400 tigers and its population is decreasing due to deforestation and rampant poaching. Tiger bones are still largely used in Chinese medicine with the consent of its government. Its presence represents an important indicator for biodiversity where all the other species, including humans, benefit from.

Lives in tropical oceans, mostly in coral reefs. it is hunted for its highly valuable “tortoiseshell” that is being sold in markets and it is also accidentally killed by fishing gear or trapped in nets. According to WWF “They are a fundamental link in marine ecosystems and help maintain the health of coral reefs and sea grass beds”.

Its population decreased to less than 200 and going, due to human disturbance and hunting. It can reach one meter in size and it is Cambodia’s national bird, the last country where its population mainly resides. Already extinct in Thailand, it has only been sighted in Vietnam and Laos close to Cambodia’s borders. 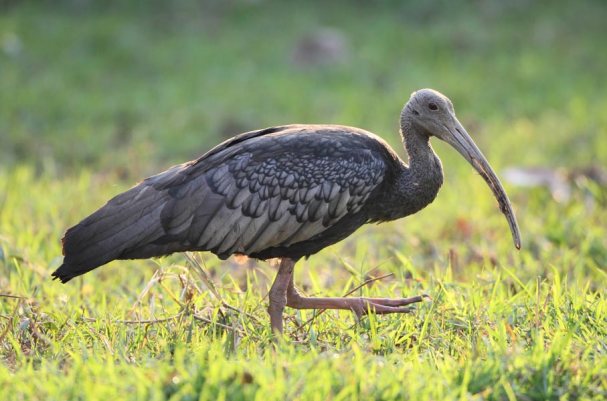 Honeybee. In regard to bees, they are not directly critically endangered as a whole however there is an alarming decine in their number in short time. Several hundreds of species are already considered extincted while others have become Vulnerable or Endangered. According to the World Bee Project “The significant decline of honey bee and other pollinator populations threatens food security, biodiversity and ecosystems, with drastic consequences for the human race and the planet”.

Orangutans and Cross River Gorillas. Primates are considered very important, without their seed dispersal, hundreds or plants and trees would become extinct threatening the life of other species.

Orangutans share 96.4% of our genes and are highly intelligent. They live in tropical forests and are considered the “gardeners” of the forest, they play a vital role in seed dispersal. Gorillas are the largest living primates. They are found in central Africa counting around 200-300 individuals. They are mainly threatened by deforestation, hunting and illegal trading.

I have come across various articles about scientific debates on the most relevant species for the survival of the human species across sources like The Guardian and The Telegraph. This gave me a further in depth knowledge of the importance of the biodiversity in its complete cycle where some of the most relevant aspects are not immediately visible, however it could have devastating consequence if there was for even one of these species to become extincted. Like the organs in our body, every single animal, from the biggest (blue whale) to the smallest plancton, insect or bacteria, has its purpose.

Case History: One of the historical disasters known as the “Four Pests Campaign” introduced in China between 1958-1962 by Mao Zedong was a hygiene action aimed to eradicate the pests responsible of pestilence and disease. Mosquitoes, flies, rodents and sparrows were targeted not only by the government but also by the population. Especially sparrows were targeted as considered among the main causes of agriculture damage because of their diet of seeds and fruit. As a result of the “Kill Sparrows Campaign”, ended with the death of around 3.000.000 birds, pushing the species near to extinction. This led to an ecological imbalance with a rise in bug population and consequent destruction of crop, resulting in being one of the main causes of the Great Chinese Famine in 1961 where around 25-40 million people died of starvation.

There are many other organisations who’s mission is to create awareness and protect endangered animals or animals subjected to inhumane conditions: World Animal Protection, Fauna & Flora, Conservation International, Edge and Conservation Evidence that gives important indications based on studies or other evidence, among others.